An Additional 300-400 Acres Per Day for the Littlefield Brothers 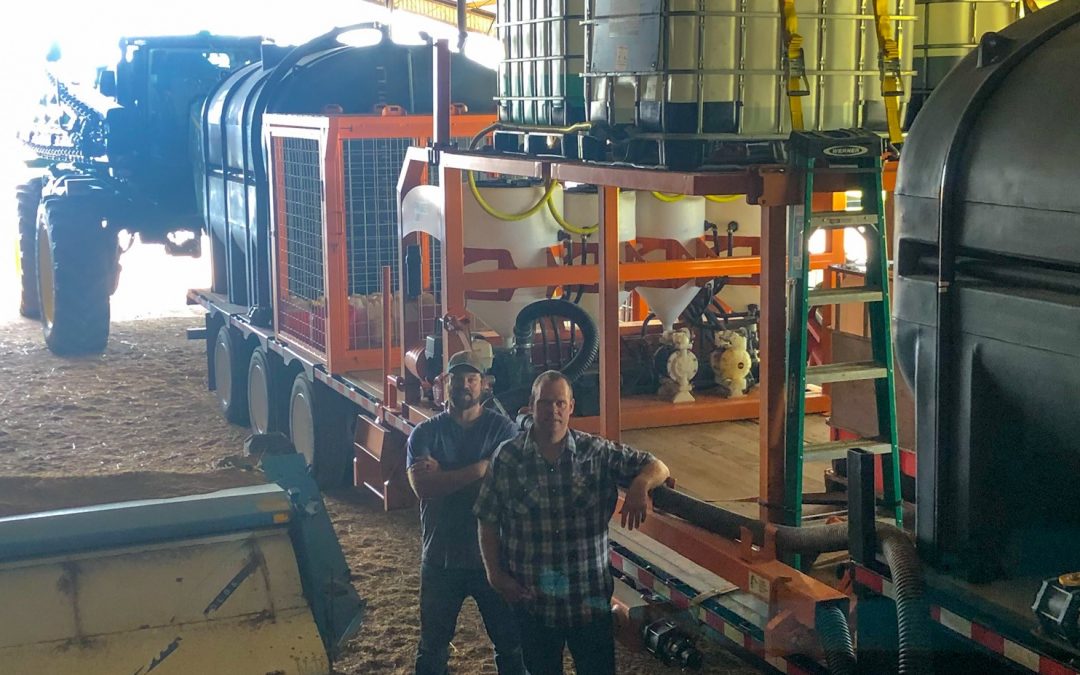 Brothers, Ross and Kory Littlefield, farm 5,000 acres of alfalfa, wheat, sesame, and soybeans in Oklahoma. Last season, they implemented the Dash Complete Trailer System on their farm, and they were blown away by the results.

Before the Dash system, the Littlefield Brothers, on their best day, sprayed 1,700 acres in 22 hours. With the Dash, they were able to spray on average 2,200 acres in only 18 hours.

Immediately, they saw value in the Dash with its ease of use, it’s time optimization when mixing chemicals, and efficient speed when loading the sprayer.

With their previous system, Ross joked their sprayer operator always had time for a nice break. Now with the Dash, they load multiple products ahead of time, drastically reduce fill times, and make the transition between loads seamless. Also, the coffee breaks are long gone.

By adding the DASH to their operation, the main benefits the Littlefield brothers experienced were – increased sprayer capacity, reduction in sprayer depreciation, and maximized chemical efficacy – resulting in a significant increase in their sprayer productivity. After their first season running the Dash they were able to spray on average, an additional 300-400 acres per day.